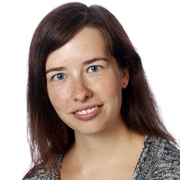 The defence will be in English.

Very often, the speech of the person being interviewed is taken as the outcome of an interview. In this thesis, interviews are approached dialogically with a special focus on the interviewer. Rather than a monologue, the interview is viewed as a dialogue.

The point of departure of the study is two interviewers – a female and a male – who have conducted a range of sociolinguistic interviews for the LANCHART Centre. The studies show clear differences in what the interviewers classify as their best and worst interviews. For instance, the interviewers tend to take more of the initiatives to change the topic and ask more questions in their bad interviews than in their good interviews.

Studying four interviews of each of the two interviewers reveal consistencies in the two
interviewers' interview style. I conclude that the female interviewer has features which may be characterized as a risky and potentially face-threatening interview style, whereas the male interviewer has a less risky and rather flexible style. I find that their characteristic interactional features are (vaguely) in line with the results in a NEO PI-R personality test; however, the connection is too vague to anticipate or account fully for their special characteristics.